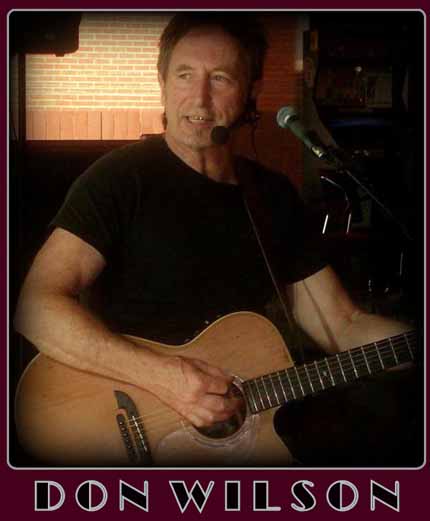 Don can be seen performing mainly around the greater Wellington area and lower North Island, playing concerts, clubs, bars, and also performing at weddings and other private and corporate functions. He has built a considerable reputation as an energetic and committed performer with a unique style of entertaining.

He complements his guitar and vocal skills with the latest computerised technology and has invested considerable time in programming and recording sophisticated backing’s that provide him with the sound of a full band when required.

He utilises a powerful state of the art sound system which incorporates the latest ‘wireless’ guitar and microphone technology, which allows him to leave the stage and interact with the audience, involving them with a distinctive blend of humour and entertainment.
REPERTOIRE:

Don has a vast repertoire that specialises in classic hits from the ‘50’s, 60’s, 70’s, 80’s, 90’s, right up to the present day. This includes a range of styles from more mellow country flavoured songs featuring acoustic instruments right through to heavy rock with electric guitar. All the great artists are covered from: