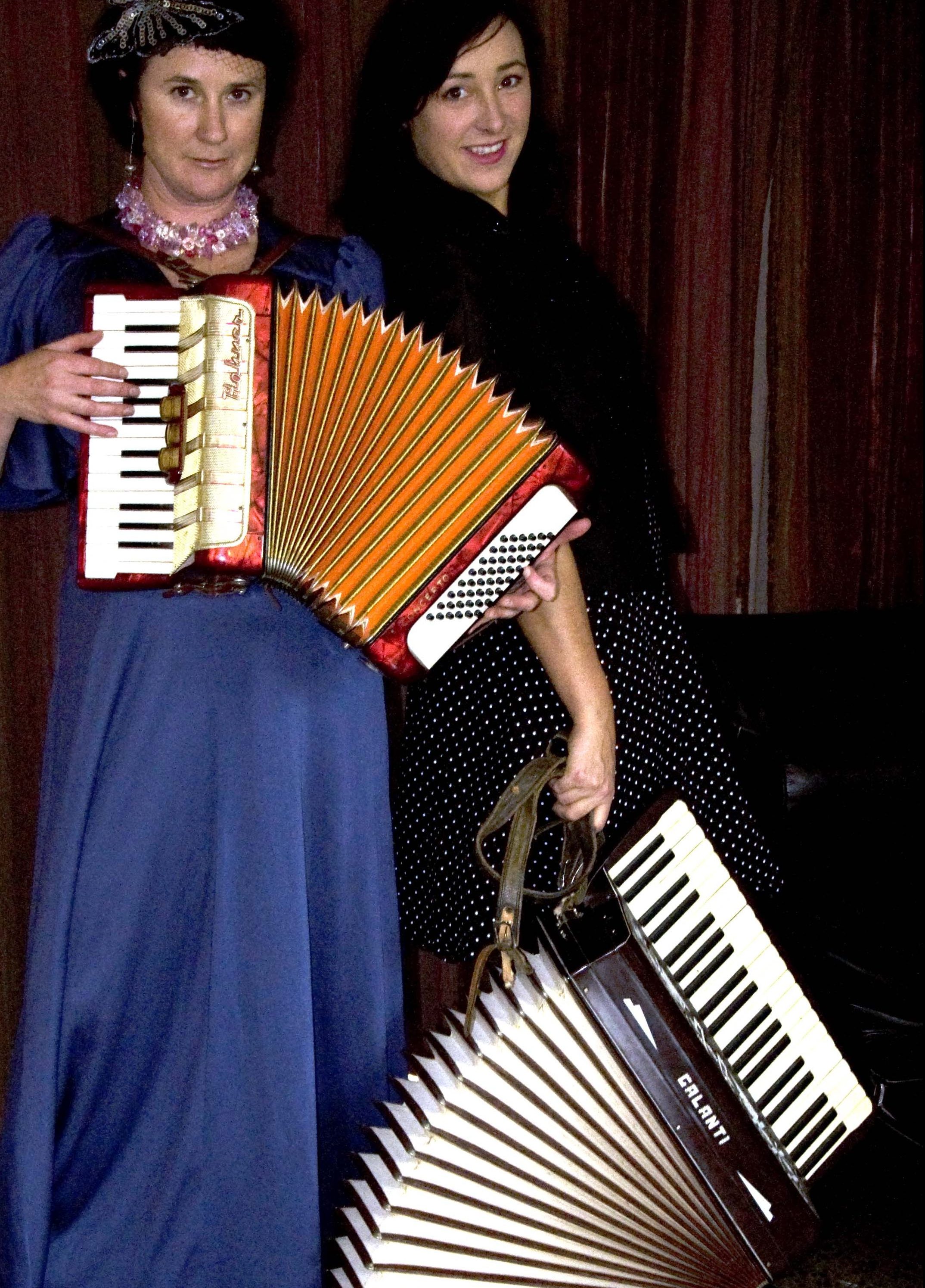 Exactly the right ambiance for the occasion
1 NOVEMBER 2013 SANS SOUCI Hi David, Rachel and Rebekka were excellent - exactly the right ambiance for the occasion. Thanks for organising them for us. Kind regards Judi Judi Whitcher Executive Assistant
Judi Whitcher
KPMG
29 NOVEMBER 2011 SANS SOUCI Hi David We found the Sans Souci fantastic, it added the right atmosphere to our event and we received great feedback from our guests. Rachel and Rebekah were a delight to deal with. Yes we would happily book them again. Many thanks Wendy Woods
KPMG

The legendary French chanteuse, known affectionately as The Little Sparrow, won the hearts of generations of French people. Those not familiar with her work may have heard her most famous song, La Vie en Rose in the Lotto ad as the NZ digger returns to France to find his long lost loves.
Wellington duo, Rachel France and Rebekah Grieg pay tribute to Piaf in a show that has been developed over five years. Their performance emulates the love, loss, passion and dramatic delivery that she was famous for. “The material in the songs is often dark and sinister, mirroring the tumultuous psychological rollercoaster of Edith’s own life. The songs offer musicians wonderful opportunities to perform, not just to sing, but to bring out Edith’s personality and passion, “says France. While the material is profound and poignant, arrangements are up-beat with an almost circuslike playfulness. “Having two piano accordions, glockenspiel and interesting percussion makes for a vivacious, entertaining show. We like to think audiences are transported with us to the streets of Paris.”
France, a born and bred Southlander who grew up with music as a passion, spent two months researching, arranging and rehearsing the music, developing the repertoire which she has now performed hundreds of times. Her eleven years of classical training along with her extensive theatre experience is a perfect combination that provides the audience with an experience that is more musical theatre than classical concert. “The songs have a way of taking you over, so that I feel that I really live the songs as Edith did.”
While the songs are performed in French, language is no barrier to the audience’s enjoyment. “Often the delivery and passion of the songs are self-explanatory, but I also offer the audience a few keys to unlock the mysteries of the songs”. These are based mostly on information about Piaf’s often tragic life. Songs were frequently composed especially for her during her prolific career, which spanned from the late 1930’s to her final song recorded in 1963. Piaf died of liver cancer that same year.
Rebekah Greig who joins France is an accordionist extraordinaire. She fell in love with the sound of the accordion at the age of three and has never looked back. This year she has toured New Zealand with gypsy band Niko, and recently returned from the Rotorua Festival of the Arts with KlezmerCafé. Playing with Sans Souci gives her a much needed outlet for her Francophile tendencies. 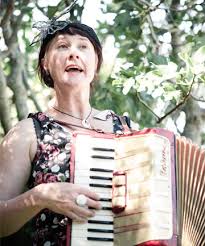