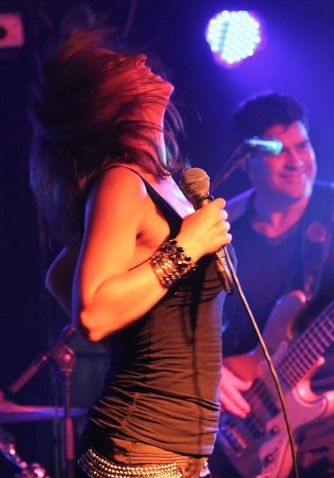 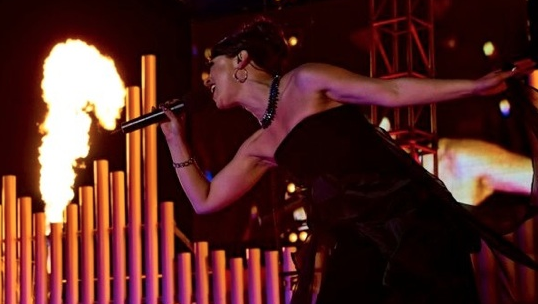 “You guys are the “chicks with the hits”!  Not only do you have the most current and contemporary set list of any dance band I have booked recently, the quality of vocal and level of engagement you are able to develop with your audience is superb. All the feedback we have received from your performance has been stellar and everyone wants to see you back.”

“chicks with the hits”! The most current and contemporary set list.

Pop Force is the brain child of top NZ Entertainers Ellen Kuiper …
Ellen was born and raised in the Netherlands. Her professional singing career has been successful in both the live and recording circuit throughout Europe. She has performed with many national and international artists such as Sister Sledge, The Trammps, Randy Crawford & Georgie Fame. Ellen’s recording career started when she hooked up with popular DJs/Producers Charly Lownoise & Mental Theo. The collaboration proved to be a successful one, scoring eight top ten hit singles and three albums in the international charts, selling over three million copies worldwide. Their songs appeared on over 400 compilation albums and their single Fantasy World reached the Guinness Book of Records for being played simultaneously on the most radio stations. Ellen got noticed by the producers of 2 Unlimited, one of the most affluent dance acts of the nineties who scored worldwide success with Get Ready for This and No Limit. They offered her a record deal and she co-wrote her first solo single, which was released under the name Pearl, and landed herself another chart hit. Ellen was asked to join several songwriting teams and penned many songs for other artists. One artist in particular she wrote for was nominated at the European TMF Music Awards for “Best Dance Act” and “Most Promising Act”. Since arriving in NZ, Ellen has appeared in a number of music and TV productions and can be heard in various commercials such as Lighting Direct and Paper Plus. Like Sharon, Ellen is also a studio session singer for BigPop Music Productions. In her spare time she runs a music workshop for teenagers with cancer at Starship Hospital.
Ellen’s performance highlights include: