Jason performs regularly with a solo acoustic set which is a mix of acoustic pop / rock and jazz which is pure listening pleasure. He also has jazz duo, trio quartet or more options, which can transform in to a dance band. 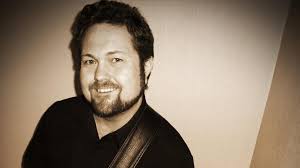 Jason Wilcox studied jazz performance at the Christchurch Polytech Jazz School for three years after moving from Mississippi in the early 90s to live in New Zealand. With extensive bandleader and arrangement experience in pop and jazz ensembles, Jason has also worked as a solo guitarist throughout New Zealand. He has been a show guitarist in many live stage productions, including Chess, Little Shop Of Horrors, Fiddler On The Roof, and Rush, and composed and arranged for the popular outdoor theatrical, Linnaeus Prince Of Flowers. In the late 90s Jason recorded for NZ radio with the Aja jazz trio. He has been employed as a professional showband guitarist in the Carribean with Carnival Cruises, and the Royal Carribean Cruise Line. He teaches and performs regularly, from weddings and corporate functions to festivals and local jazz combo playing. Jason is now resident and performing in Wellington.