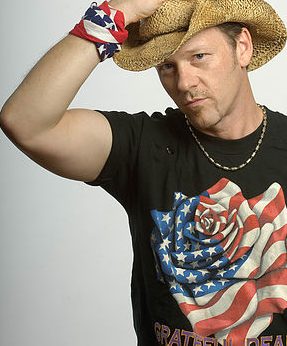 One of the hottest young country rock artists performing today

One of the hottest young country rock artists performing today. JamesRay is a multi award winning International performing and recording artist. His most recent awards include the NCMA Male Artist of the Year and the VACNZ Top Male Artist. He has been a double grand finalist for BEST MALE COUNTRY ARTIST by the Kiwi Pro-Am National Music Awards. He is an ACMA Award winner for the Best Original Song, Best Male Vocalist and Best Overall Performer. He is also an NZCMA Entertainer of the Year Songwriter Winner.

His latest Album, “Chasing the Dream” was a New Zealand Music Tui Grand Finalist in both the ‘Best Country Album’ and ‘Best Country Song’. Sony Records has included JamesRay on “NZ’s Best Country Songs” compilation CD along with Bic Runga, Dave Dobbyn and many other great Kiwi artists.

After touring the world throughout the mid 90’s with Bob Dylan and since coming to New Zealand in 2000 for a lifestyle change JamesRAy has become a citizen and found a unique niche for himself as a much demanded artist, performing to sold out concerts with the likes of International artists The Amazing Rhythm Aces as well as co-billing with such Kiwi icons as the Topp Twins, Hello Sailor, the Warratahs and the Stars of the Highway of the Legends (Gray Bartlett, Brendon Dugan and Jodi Vaughn). You might have seen and heard JamesRAy during one of his national TV appearances or you may have heard JamesRAy on various local radio and national stations as a result of his growing popularity in the New Zealand Country Music market. JamesRAy has become known for his own style of alternative “feel good” country and Texas rock music as well as his award winning song writing.